For quality dental that you can trust, come to Rogler Family Dentistry today! 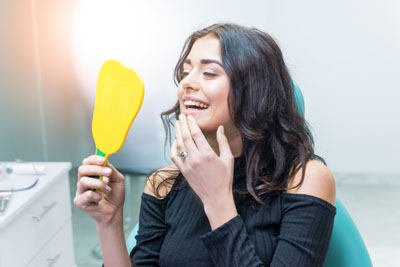 One of the best ways to reduce cavities and enjoy a healthy smile is the application of dental sealants. This is a plastic coating that guards the biting surface of molar teeth. Dental sealants stop particles from collecting in the small fissures and cracks within molar teeth. Yet there is some question as to whether dental sealants are safe.

Dental sealants have bisphenol-A, commonly referred to as BPA. Excessive exposure to BPA has the potential to harm human health. Thankfully, a 2016 study conducted by the American Dental Association Product Review puts concerns regarding the BPA content of dental sealants to rest. This group was formed in 2006 under the American Dental Association Council on Scientific Affairs’ direction.

It is an unbiased and scientifically credible source of information relating to dentistry and oral health. The group’s report on dental sealants shows the amount of BPA in this oral health solution is minimal. In fact, there is so little BPA in dental sealants that prospective patients should have absolutely no concern about its safety.

The bottom line is BPA is a buzzword that is meant to strike fear into those who are considering a prospective product or treatment.

The American Dental Association Product Review study analyzed a dozen dental sealants commonly used by dentists in the United States. The purpose of this study was to determine how much BPA was released when dental sealants were in use. The study also gauged whether the level released puts children in danger.

The findings show dental sealants have the potential to expose a child to a mere 0.09 nanograms of BPA in a day’s time. This is below the limit of a million nanograms suggested by the Environmental Protection Agency. In fact, the average child is subjected to exponentially more BPA in drinks, foods and paper than dental sealants.

You Should Have no Concern Over Dental Sealant Safety

It is clear the level of BPA in dental sealants is so small that parents should not be concerned about the safety of this oral health solution. The benefits of dental sealants greatly outweigh the nearly non-existent risk.

As an example, a 10-year-old who has dental sealants in place for half a decade will be 50 percent less likely to suffer tooth decay on the molar biting surfaces compared to children who brush their teeth on a regular basis. Such a decreased level of decay prevents the formation of cavities and the need for fillings and/or crowns later in life.

If you are still concerned about the potential exposure from dental sealants, it is better to be proactive and move forward with this oral health solution rather than bypassing it altogether. BPA exposure from sealants can be reduced with specific strategies. Most of the BPA exposure occurs in the hours after treatment.

The US National Library of medicine advises rinsing for 20 seconds with water following the placement of the dental sealants. This simple strategy can reduce BPA exposure by nearly 70 percent. Rubbing the treated site with a cotton swab, cotton ball or soft-grit pumice will also significantly reduce BPA exposure.

You Can Have A Perfect Smile With Dental Veneers

The role of a cosmetic dentist is to give you beautiful teeth so your smile can be brighter than ever before. To that end, there is probably no tool as versatile or as widely used …

Anyone Can Get Cavities

We can use dental sealants to prevent the spread of further infection and get patients on the right track to oral health. Dental SealantsDental sealants can cover up biting surfaces of teeth to prevent further decay, …

As a dental office, we treat patients who are in need of emergency care, routine dental treatments, and preventative care. Regardless of why you come to our office, if you are experiencing discomfort, we will …

Make sure the weekends remain great by preventing dental infection with the proper care. Preventative Dental CarePreventative dental care occurs in our office and at home with proper dental hygiene. We can perform professional cleanings and …